Indianapolis, Indiana, USA (July 30, 2019) VRI — In a significant legislative victory for The American Legion, President Trump signed a bill July 30 that declares the United States has been in a state of war since Dec. 7, 1941.

The American Legion sought the declaration as a way to honor approximately 1,600 U.S. service members who were killed or wounded during previously undeclared periods of war. 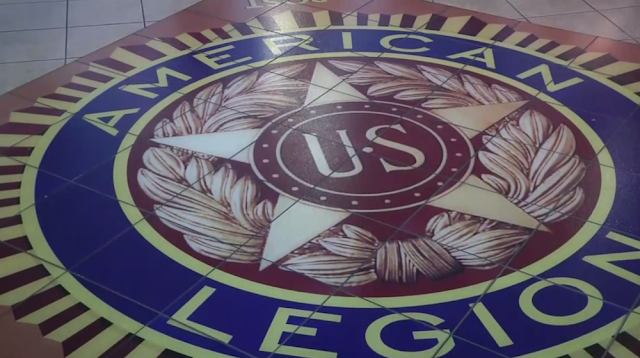 The LEGION Act (Let Everyone Get Involved In Opportunities for National Service Act) also opens the door for approximately 6 million veterans to access American Legion programs and benefits for which they previously had not been eligible.

“Recognizing the service of these wartime veterans is the right thing do and it is long overdue,” National Commander Brett Reistad said. “The families of those who were killed or wounded during these wartime acts should take pride in knowing that we recognize their sacrifice and service. Moreover, we are proud to welcome any of the six million living veterans from the previously unrecognized periods into our organization and call them ‘Legionnaires.’”

Now that the legislation has been signed, The American Legion’s eligibility criteria immediately changes from seven war eras to two: April 6, 1917, to Nov. 11, 1918, and Dec. 7, 1941 to a time later determined by the federal government. No other restrictions to American Legion membership are changed.

Reistad expressed gratitude to the bipartisan members of Congress for passing the legislation.

“We are grateful that President Trump fully acknowledges the importance of The American Legion by signing the LEGION Act in the White House today – just one week after it passed the House of Representatives,” Reistad said. “In an era of partisan gridlock, Republicans and Democrats in Congress overwhelmingly recognized the importance of allowing thousands of honorable but previously ineligible veterans the right to join the largest and most influential veterans organization in the country.”

Indianapolis, Indiana, USA (July 27, 2019) VRI — A military veteran is aiming for the attention passing motorists in his ongoing search for his stolen electric wheelchair.

Jeff Slaasted says the thief targeted his Harmony Subdivision home in the middle of the night. Now, Slaasted is going to several lengths to get it back. 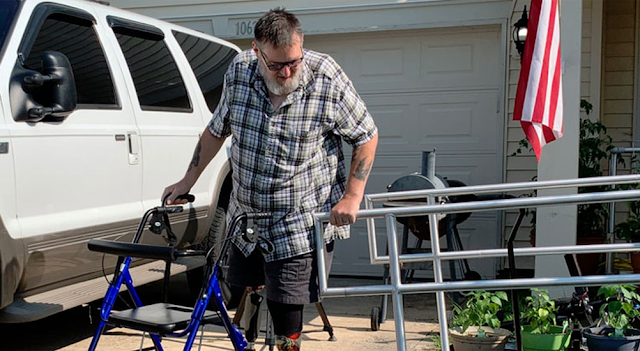 Slaasted, who lives in a cul-de-sac, said his eyes have been open since the incident.

“We have been searching everywhere,” he said. His family helped him hang a large, easy-to-read poster on the back of his truck.

With the word 'stolen' in bold letters, the poster contains all the information about the missing wheelchair. He's passed out the same information in a flyer in hopes that someone will spot it. “I have given flyers to the VA. I have hung them in the VA where allowed. I have gone to the markets in the area," he said.

Slaasted noticed the chair missing early Sunday, just before leaving for church. A Quantum Q6 Edge Series, it went missing from Slaasted's front porch, where a custom-made access ramp made the chair accessible to the home.

He said thefts aren't common in his neighborhood and he never suspected anyone would steal anything from his cul de sac, least of all a much-needed wheelchair.


Family and friends helped the the Navy veteran search the subdivision. “My daughter looked around the neighborhood, couldn't find it. My neighbor went the other way."

The double amputee says the theft impacts his health. His prosthetic legs allows him to walk, but with limitations. He also relies on help from his service dog of several years, Ginger.

His ongoing job seach has been impacted, but Slaasted says he refuses to just sit at home. He proudly flies the American flag on the same front porch where the theft happened. “It was a crime of opportunity,” he said. “Hey look, we can get this chair.”

If you have any information that could help investigators, call Crime Stoppers at (317) 262-TIPS.

Madison, Indiana, USA (July 12, 2019) VRI — Morgan & Nay Funeral Centre is asking members of the armed services, veterans and the public to attend the military burial of a 64-year-old man who passed away Thursday at a Greencastle nursing home.

According to a post on Morgan & Nay’s Facebook page, the unnamed man was a Specialist 4 soldier and a Vietnam Era Veteran with no family attending the services. 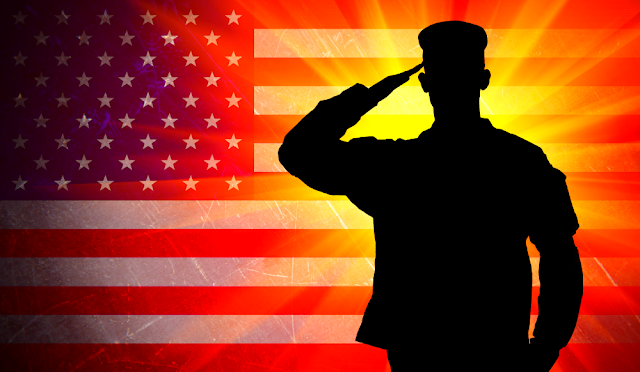 The Facebook post says Morgan & Nay Funeral Centre firmly believes that no veteran should be put to rest alone.

“The individual qualifies for burial and military protocol at the Indiana Veterans Memorial Cemetery here in Madison, and that certainly will happen,” said funeral director Alan Burnham.

Morgan & Nay say they have donated a casket and traveled to Greencastle to pick him up, but those are only materials things.

“Only his cohorts, regardless of branch or rank, know the realities and commitment of military service, with or without war. We thus issue an invitation to all veterans who can accommodate the Tuesday time frame, to please come and honor a comrade who like you sacrificed much for our country. We hope you can join us to create a spirit of family and a closure of dignity,” said the statement,

“Calling All Veterans” A Vietnam veteran, about 100 miles away, died today. We know his name but that detail really...
Posted by Morgan & Nay Funeral Centre on Thursday, July 11, 2019


Services will be held Tuesday, July 16 at 1 p.m. in the cemetery chapel at Indiana Veterans Memorial Cemetery off Lanier Drive on Madison’s hilltop.

According to the statement, the public is also welcome to show respect and attend the service.