Vietnam-era veterans to be honored during breakfast

Kokomo, IN, (March 17, 2018) VRI — Veterans who served during the Vietnam War era will for the third year in a row be guests of honor at a breakfast held later this month to honor veterans who didn’t get such a warm welcome when they returned home nearly 50 years ago. 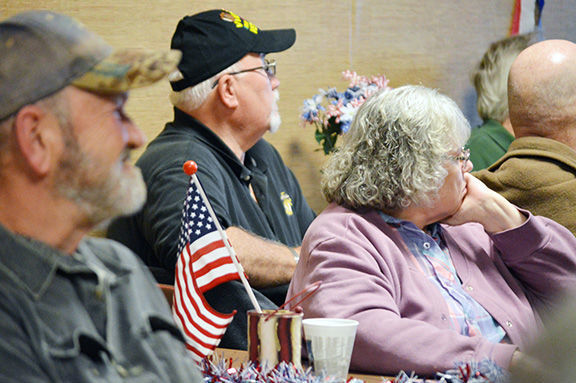 Those planning to attend the breakfast are asked to call the American Legion at (765) 728-5783 between 4 and 8 p.m. by March 26 to say how many guests will be attending. Beverly Furniss, DAR Chapter Regent, said all persons who served in the military between 1955 and 1975 are invited to attend and bring guests.

The breakfast will be followed by a recognition ceremony and  a speaker.

The DAR is one of several national organizations that is partnering with the Department of Defense to conduct the program commemorating the 50th anniversary of the Vietnam War. By presidential proclamation on May 25, 2012, the Commemoration extends from Memorial Day 2012 through Veterans Day 2025.

The Commemoration honors all United States veterans who served on active duty in the U.S. Armed Forces at any time between Nov. 1, 1955 to and May 15, 1975, regardless of location. The Department of Veterans Affairs estimates that today there are 7 million living Vietnam veterans and 9 million families of those who served in this time frame. There is no distinction between veterans who served in-country, in-theater, or who were stationed elsewhere during the Vietnam War period.

The US Congress articulated five objectives for the Commemoration:

To thank and honor veterans of the Vietnam War, including personnel who were held as prisoners of war, or listed as missing in action, for their service and sacrifice on behalf of the United States and to thank and honor the families of these veterans.

To pay tribute to the contributions made on the home front by the people of the United States during the Vietnam War.

To highlight the advances in technology, science, and medicine related to military research conducted during the Vietnam War.

To recognize the contributions and sacrifices made by the allies of the United States during the Vietnam War.