Grissom Air Base in need of pilots

Bunker Hill, Indiana (March 10, 2019) VRI – An air force base in Indiana is ramping up efforts to recruit pilots as a national shortage has military and commercial airlines struggling to fill positions. Col. Brian Hollis, the 434th Operations Group commander at Grissom Air Reserve Base, seeks to increase their combat pilots by 20 percent. Hollis didn't specify how many pilots the base is looking to recruit, but said they would fly KC-135R Stratotankers, which are mainly used on refueling missions.

First Lt. Steven Bretscher, a pilot in 74th Air Refueling Squadron, said the base is working to highlight the different perks it can offer. “One benefit of being sponsored through Grissom is that members know they will be flying tankers at Grissom, unlike pilots on active duty who can be sent to any base flying whatever air frame they are selected to fly,” he said. “It's a huge stress relief that lets you focus on your training.” 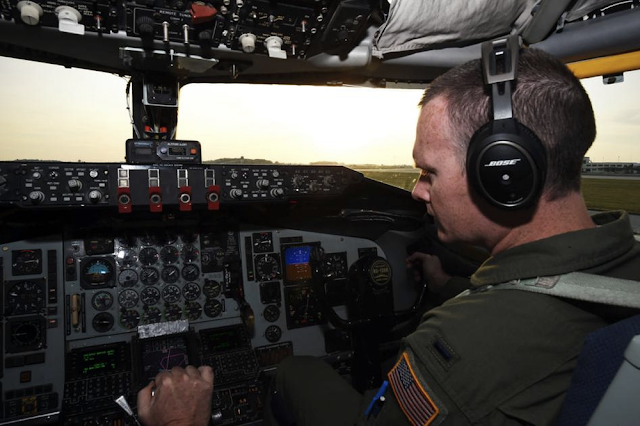 Grissom is also focusing on recruiting non-pilot airmen who already work at the base, Bretscher said. Officials aim to emphasize that reserve pilots can also have a civilian career while flying missions. The Air Force Reserve and Air National Guard have seen major staffing issues since 2013, according to a study the U.S. Government Accountability Office released in June. A large number of retiring Vietnam War veterans who have flown commercial planes for decades has contributed to the national pilot shortage, Hollis said. Aggressive commercial recruitment makes military recruitment even more difficult.

The military has difficulty retaining pilots because of the intensity of the position, the Accountability Office said. Hollis said Grissom is doing better than most military units to address the issue, but pilots still have more work and more deployments. “We're doing pretty well, which is kind of an oddity,” he said. “You have different locations like California where you'd think more people would be flocking to, but we seem to be doing pretty good here.”