Indianapolis, Indiana, USA (November 7, 2019) VRI — Veteran LaVerne Foreman believed he was helping fellow service members at risk of suicide, but a fake veterans’ aid fund was taking his money and diverting it robbing him of the much-needed financial means instead.

“I am proud to be a veteran,” Foreman, 82-year-old Army and Air Force vet from Herndon, Pennsylvania, told the Senate Committee on Aging. “It never occurred to me that someone would be so cold-hearted to make calls and claim to be caring for veterans when in reality they were lining their own pockets.” 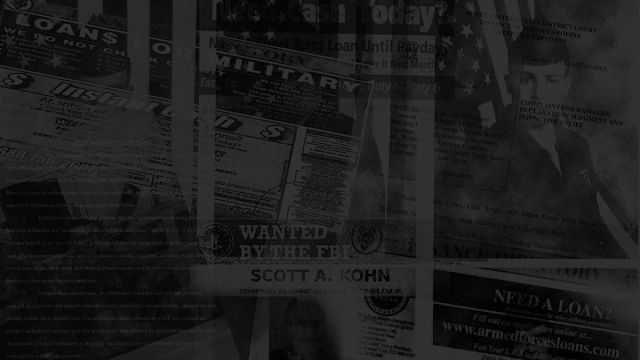 Veterans are twice as likely to unknowingly participate in a scam as the general population, Carroll Harris, a U.S. Postal Inspection Service senior law enforcement official, said at the hearing.

According to a 2017 AARP survey, 16 percent of U.S. veterans have lost money to fraudsters, while 78 percent have been targeted by scams specifically crafted to exploit their service history.

One of those targeted is a member of the Committee on Aging. “As a veteran, I get one of these every week,” said Arizona Sen. Martha McSally, an Air Force veteran, waving a printout of a scam email she received.

Foreman’s ordeal began in 2014, when he received a call from the Disabled and Paralyzed Veterans Fund asking for a donation. He complied, but when the invoice arrived, it asked for more than what Foreman had offered; he sent the group a check for the higher amount.

Next year, it was the same routine, but the amount was bigger. The veteran sent the requested amount and asked to have his name removed from the fund’s contact list. In 2016, Foreman noticed that the fund withdrew money from his account without consent. That’s when he reached out to Pennsylvania’s attorney general’s office.

“I was glad to hear that there was an investigation,” said Foreman.

Foreman’s request was forwarded to the U.S. Postal Inspection Service, which eventually found the scammers and referred them to the Department of Justice for prosecution. According to a Committee on Aging official, the perpetrators likely will be prosecuted in federal court. 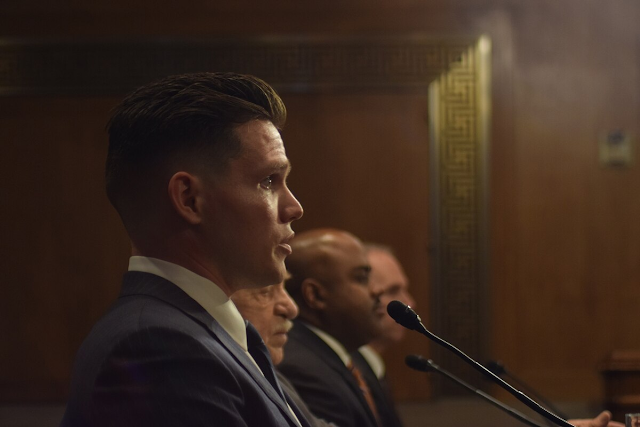 Harris said there is an array of services available for veterans who are victims of scams. In 2017, AARP and the Postal Inspection Service launched Operation Protect Veterans to reach out to veterans and warn them of the sophisticated schemes and scams. Wary veterans can call veteran service organizations, the Senate Special Committee on Aging, or visit the Postal Inspection Service’s website, as well as the federal government’s MilitaryConsumer.gov website.

Committee Chairwoman Sen. Susan Collins, R-Maine, said some veterans are too embarrassed to report that they fell for a scam, suggesting that the reported number of scams is deflated. She emphasized the need to protect veterans before they become victims, focusing on preventing scams instead of providing remedies.

“I don’t believe we can contain or get rid of every scam that exists,” said Ben Wells, volunteer for Vet2Vet nonprofit organization. “However, with preventive measures, we can hopefully safeguard the most vulnerable among us.”

Indiana Sen. Mike Braun, a Republican, said that the federal government, banks and phone companies can do more to monitor these types of scams. Braun said the scams are especially unscrupulous in targeting service men and women, particularly the most vulnerable among them.

In a recent case, a Michigan con artist was convicted of stealing nearly $200,000 from 36 victims who thought they were donating to charities benefiting veterans. On top of financial fraud, the scammer attempted to steal victims’ identities using personal information they had provided.

“Fortunately, through the good work of the U.S. Postal Inspection Service, this criminal is now behind bars,” Collins said.