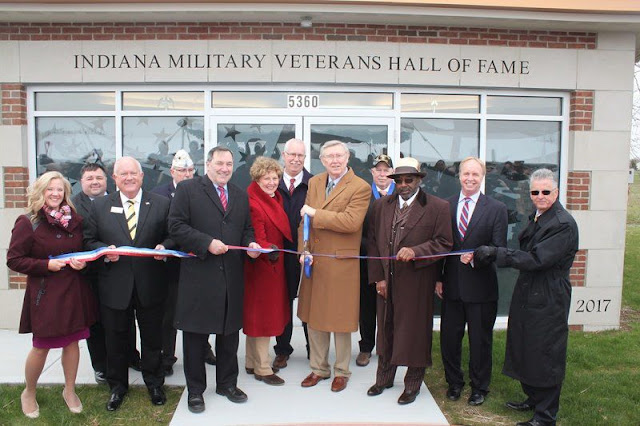 The event was attended by over 100 government dignitaries, current and retired military servicemen and women, those previously inducted into the IMVHOF, and honored guests. A ribbon cutting and tours of the facility were also a part of the grand opening celebration. Open to the public for self-guided tours, the building’s hours of operation are 9 a.m. to 4 p.m. Monday through Friday.

The memorial facility is the only free-standing memorial of its kind in the nation. It honors all those inducted into the IMVHOF, 62 Hoosier veterans to date from all branches of the Armed Forces for their outstanding military and civilian service during and after active duty.

The facility’s construction, comprised of red brick and Indiana limestone, was funded by Indiana’s credit unions, their business partners, and several private donations totaling more than $330,000. The interior of the building consists of electronic kiosks that display photos and biographies of each of the IMVHOF’s inductees and military memorabilia from various eras. The building sits on land donated by Indiana Department of the American Legion Headquarters.

Commemorative bricks are available for purchase at imvhof.com and will be placed in the circular entrance of the IMVHOF building.