Vincennes, IN (May 31, 2019) VRI — The Indiana Military Museum celebrated its expansion in Vincennes Friday. Lieutenant Governor Suzanne Crouch kicked off the dedication of the 28,000 square foot building.

The project was two years in the making and cost more than $1 million to build. Like the rest of the museum, the new addition houses military memorabilia. 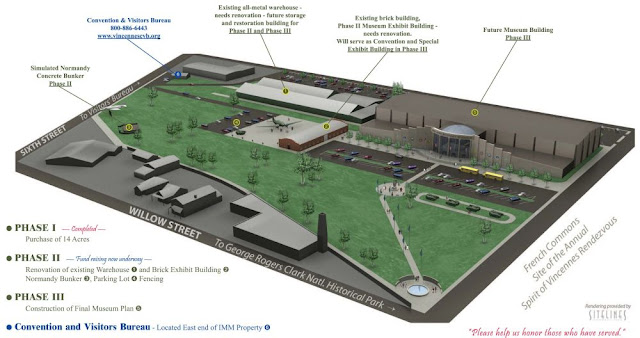 The museum includes items from the Revolutionary War to World War II, and even from more recent conflicts such as those in Iraq and Afghanistan. "[It] helps young people know what our veterans have done to preserve our freedom," Jim Osborne said. "And it's a good place for veterans themselves. We get a lot of groups where this is a walk down memory lane for them."

The Indiana Office Tourism provided a $25,000 grant to help with the construction.