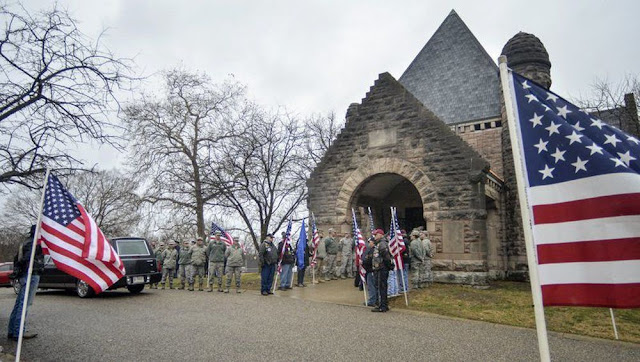 He met and married wife Barbara Bronson Taylor in Terre Haute, and he stayed connected to the community through the years. His daughter, son and grandson said a final farewell Monday afternoon during a committal service in the chapel at Highland Lawn.

“We’re honored that all of the Air Force people came and we received such a nice honor guard, and my father received the respect we believe he deserves after serving his country for 41 years,” Elaine Greenwood said after the service.

She said her father was interested in auto racing and “anything that goes fast,” so being close to the Indianapolis Motor Speedway and the Terre Haute Action Track was a bonus for him. His nickname “Jet” was more than a reference to his initials or his profession as a pilot.

Taylor attended flight school and began his Air Force career in 1943 in Honington, Suffolk, England, flying P-51 Mustangs in World War II, according to his biography. The missions ranged from escorting bombers and dive-bombing and strafing targets to area patrol missions across a swath of Europe. 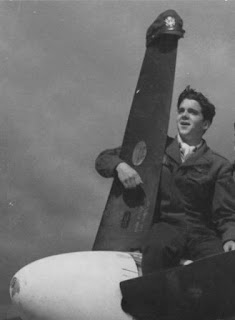 After the war, he also few P-51s in the Indiana Air National Guard. When activated for duty during the Korean War, he flew the P-51, F-84 (Thunderjet) and F-86 (Sabre), completing 250 combat missions.

At the end of the Korean War, he returned to Indiana, eventually transferring to an Air National Guard unit in Ohio to fly F-100 Super Sabres. As a lieutenant colonel, Taylor was appointed commander at Kunsan Air Base in Korea. He also few F-100 combat missions in South Vietnam.

He later transferred to the Air Force Reserve as commander at Tinker Air Force Base in Oklahoma, and later was promoted to colonel, serving at Carswell, Tinker and Hill Air Force Bases. He achieved the rank of brigadier general and was later appointed major general.

Taylor retired to his farm in Bluffdale, Texas in 1984. His daughter said he occasionally visited Terre Haute and the grave of his late wife.

Presiding over the committal service was pastor Larry Spear, who recalled his own service as a pilot and an air traffic controller in Vietnam.

“The F-100 pilots were some of the best pilots,” Spear said of Taylor, noting that his dates of service in Vietnam coincided with Taylor, so they may have communicated at some point.

Spear said the number of service members and veterans who answered a community call-out and attended the committal service was large and impressive.

General Clark said the respect paid to Taylor was well-deserved.

“He left quite a legacy,” Clark said